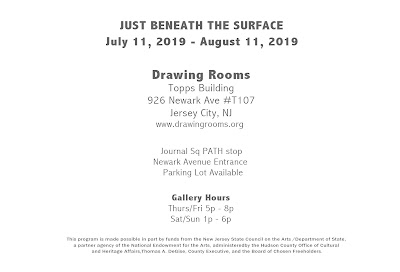 First, this show is the color of photography— black and white photography. 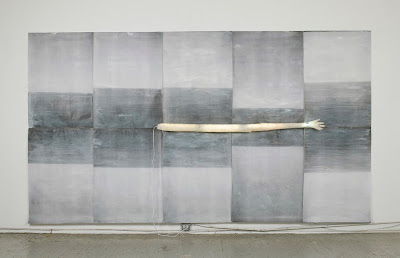 Jeri Coppola, Me Without My Shadow

Second, unusual in a visual art show, the featured sense is touch over sight. The hand of the artist, literally, is everywhere. A very long arm and hand are animated by fluorescent light in Jeri Coppola’s Me Without My Shadow, wrapped in a translucent skin of hand-made paper. 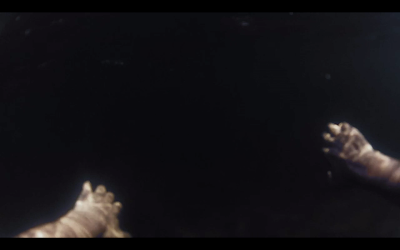 In Lee Arnold’s The Swim, a pair of hands sweep through the bubbling sea, capturing the tactile quality of the water. As befitting a show titled Just Beneath the Surface, the submerged swimmer periodically comes up for air and glides through the choppy wavelets. 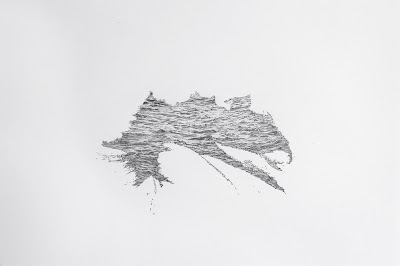 Katrina Bello draws handfuls of water, but the flesh itself has disappeared, with only the shape of the water defining the cupped hand. 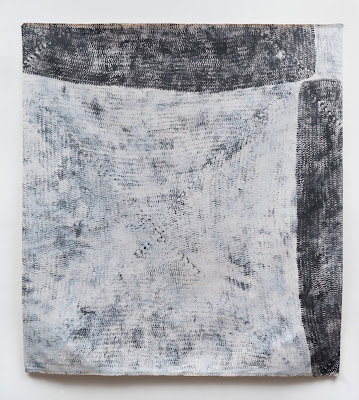 The textural surface of found afghans, fabric sacks, and rabbit fur are printed or transferred onto canvas, hydrocal, or bronze in Caroline Burton’s work.

Much of the work is a high-wire act juggling the ephemeral and the physical. 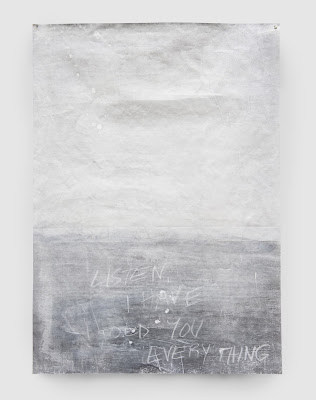 Jeri Coppola, Listen, I Have Told You Everything

The delicate gray photographic images in Coppola’s work are often battered with industrial sealant and paired with wood and wire flotsam scavenged from under a sawhorse. 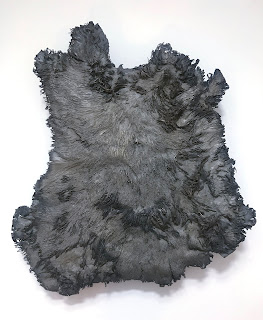 Burton’s rabbit fur is far from fluffy. It looks like the remnants of an ancient bogman’s pet — or dinner—preserved in bronze.

Memory is a touchstone for these artists. The memories here are often wrapped in an enigma. 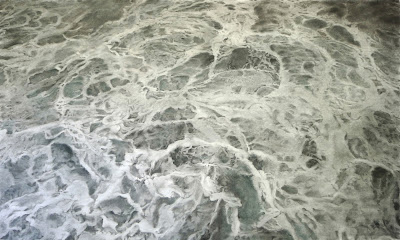 Bello’s charcoal meditations on the Pacific Ocean focus on the eddies that swirl water from below to the surface. The eddies and the vast ocean itself may be seen as a metaphor for the memories of her experience of migration from the Philippines, and her subsequent family narrative. 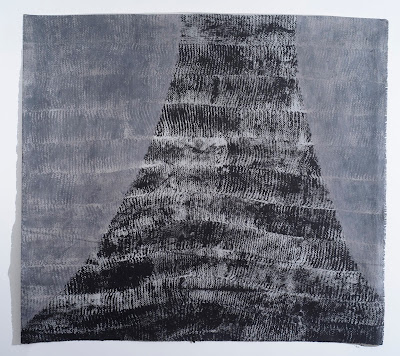 Burton’s Incarnation 2 suggests a looming barrier from a child’s eye view—The Tower of Babel perhaps, or fittingly, a stairway to heaven. 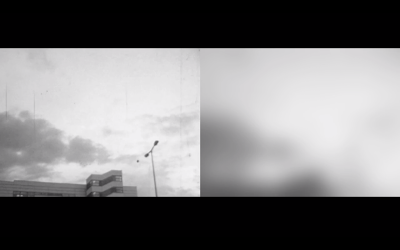 The deft orchestration of this exhibition by curator Anne Trauben leaves room for interpretation by the viewer but consistently brings us back to common ground. In Stereo, a panoramic shot of high divers breaking the surface of water is followed by a seal gliding just under the surface and then playfully emerging from below. In other work, the reference may be nuanced, but we are invited to consider the surface represented and the significance of what is to be discovered beneath.

This work contemplates empty places, often with a sense of understated spirituality, as distinct from religion or faith. Touring the exhibition might be seen as visiting points on a roadmap to the sublime, reminiscent of the intention of Hudson River School artists in the nineteenth century. The artists often rely on their sense of touch in order to consider the void.

This show aspires to a state of grace and sometimes rises to the level of Baudelaire’s definition of beauty, “a spark between something fleeting and something timeless”. 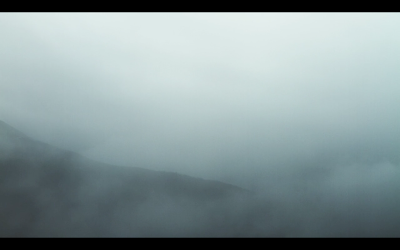 Exhibit A is Arnold’s video Walpurgis Nacht in which alpen peaks, the place where Thomas Mann wrote Magic Mountain, seem to breathe clouds of mist. I half expected Caspar David Friedrich to emerge from the fog. The show’s monochromatic austerity can be intoxicating. When you leave the exhibit, the red brick warehouses and chirpy blue July sky may seem a touch trashy by comparison.

Peter Delman is an artist living in Jersey City. Read Peter's bio here and view his artwork here.
By Drawing Rooms at July 10, 2019